Imagine:
• Breakthroughs are commonplace for you and your business
• Not being rattled by life’s challenges, confident that you will find new perspectives and solutions
• A life with less stress and more joy

These possibilities are on offer for you in this book.Invisible Power presents a profound yet practical understanding of our most underutilized asset – the human mind. This understanding can significantly change you from the inside-out. The implications for you as a leader, a contributor, a partner, a parent, and a human being are immense.

Authors Ken Manning, Robin Charbit, and Sandra Krot, bolstered by decades of experience as business leaders, entrepreneurs, and relationship experts, paint a surprisingly practical and hopeful picture, illustrated with dozens of relatable client stories. Not only will you see how to have a more enjoyable, innovative, and productive work life, you will unleash the potential you have always had as a human being. You will be ready to create your next level of success. 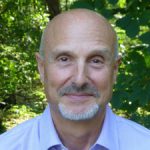 Ken has been interested in finding simple solutions to help people be at their best for as long as he can remember. He pursued three degrees in psychology from Brown University, Lesley College and the University of Massachusetts at Amherst. He practiced as a clinical psychologist for 20 years.

In parallel to his career in psychology, Ken also has a strong background in business, including roles in various start-ups as national sales manager, director of marketing, and advisory board member. He co-founded with his son-in-law, a successful software development company, which he still leads.

In 1999 he began innovating ways to bring insight principles into the corporate world and joined with partner Robin Charbit to form their company Insight Principles.

Ken has been married for 30 years, has two stepdaughters, a son and five grandchildren. He plays the piano, loves the outdoors and all kinds of sports and exercise, travel, photography, woodworking and spending time with family and friends. 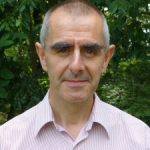 Robin began his career as a chemical engineer with Exxon in 1981, having received his education at Sheffield University in the UK, and eventually led one of Exxon’s international plastics businesses. He joined Arthur D. Little in 1992 first in Europe and ultimately, in Boston, where he led and managed the North American Chemicals Practice.

With a colleague, he left the more classical consulting world and founded Insight Management Partners, to bring an understanding of how the mind works into business. He then met Ken Manning and they joined forces to create Insight Principles.

Robin was born in the UK to French parents and met his Belgian wife Sabine, in Switzerland. They now live in Boston. When time permits, Robin enjoys all things mechanical (cars, wood-working, home projects) and is an avid cinemaphile. 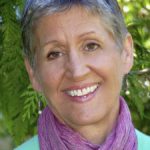 Sandy’s vision is to make the workplace a setting for creative performance as well as the elevation of the human spirit. After graduating from Bates College and the University of New Haven Graduate School, she began her career as a mental health counselor. She founded and served as Executive Director of one the first principle-based programs in the US located in Tampa Florida.

In 2000 she had her first opportunity to take a principle-based understanding of the mind to business. This led her in a new direction and she joined Insight Principles in 2010.

Sandy shares her life with her partner Peter Remick and together they built their net-zero energy home in rural Washington. They get out into the awesome Pacific Northwest wilderness as often as they can sea kayaking, backpacking, and hiking with their dog.